As part of an integrated communications campaign, AAB required a video to announce their merger with Leeds-based accountancy firm Sagars. Mergers and acquisitions are complex – we had to be flexible, adjusting and responding quickly to a changing situation to ensure the video appeared online on announcement day.

Based on the messaging we created for all external communications concerning the merger, we scripted a video to include Graeme Allan, AAB Chief Executive and Chris Jones, Sagars Managing Partner, to explain the benefits of the merger for both companies, their clients and their teams.

At short notice, we sourced a filming location in Leeds to suit both participant’s schedules and briefed a local video production company for half a day’s filming. Responding to the changing timeline of the deal, all arrangements had to be brought forward at the last minute to ensure the video appeared online alongside articles in the press we’d planned for announcement day.

Graeme and Chris were filmed individually using a two camera set-up, ensuring the correct levels of COVID distancing for both the crew and the participants. Accompanying graphics were kept to a minimum to allow for a fast turnaround.

The result was two videos – one two minute video announcing the merger featuring both Graeme and Chris, and one shorter video for Sagars’ clients featuring Chris only. We also used stills from the video to accompany the press announcements to save time. The videos were planned, filmed, edited, and out in the public domain in just nine days. 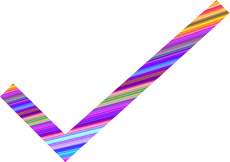